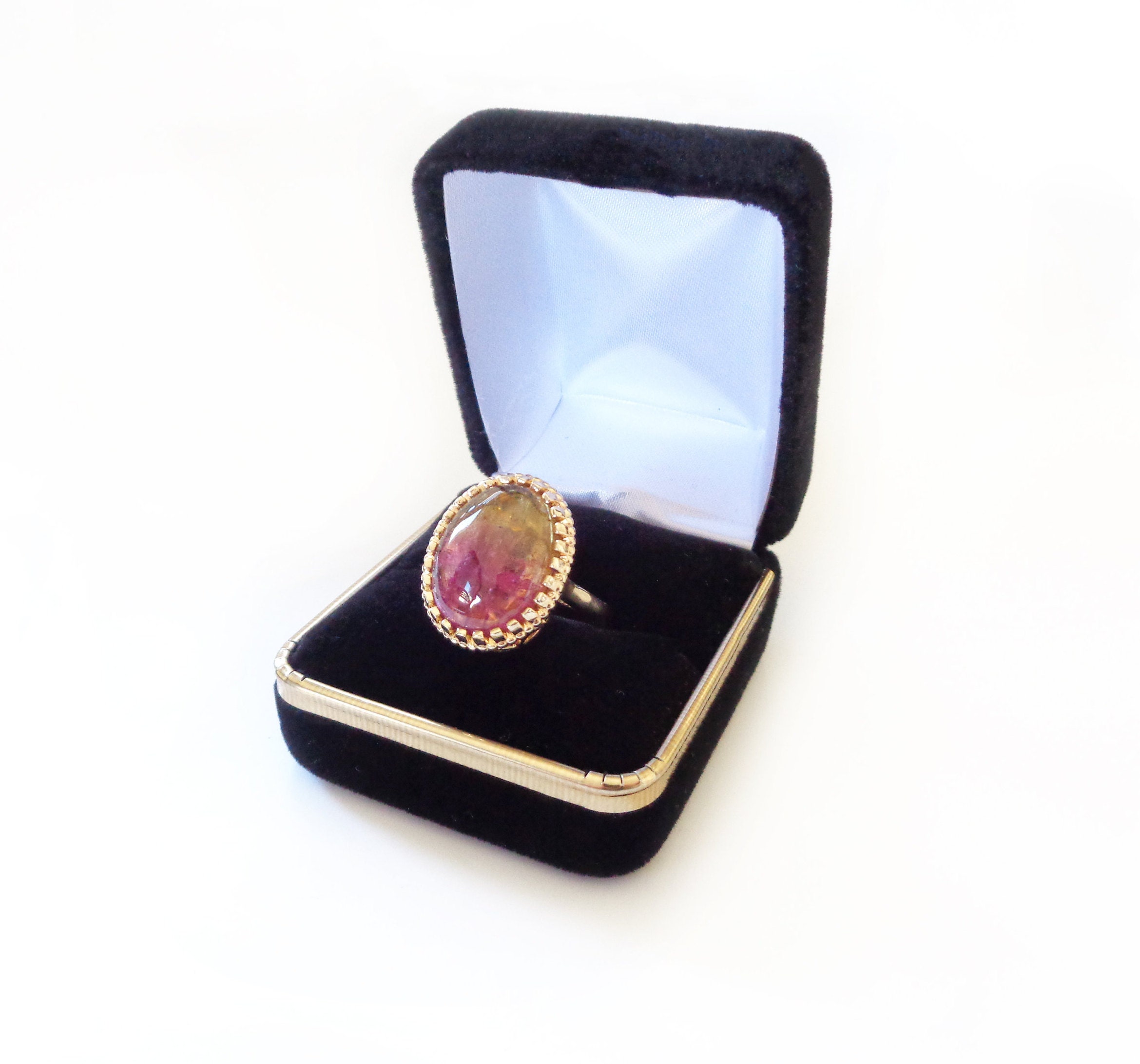 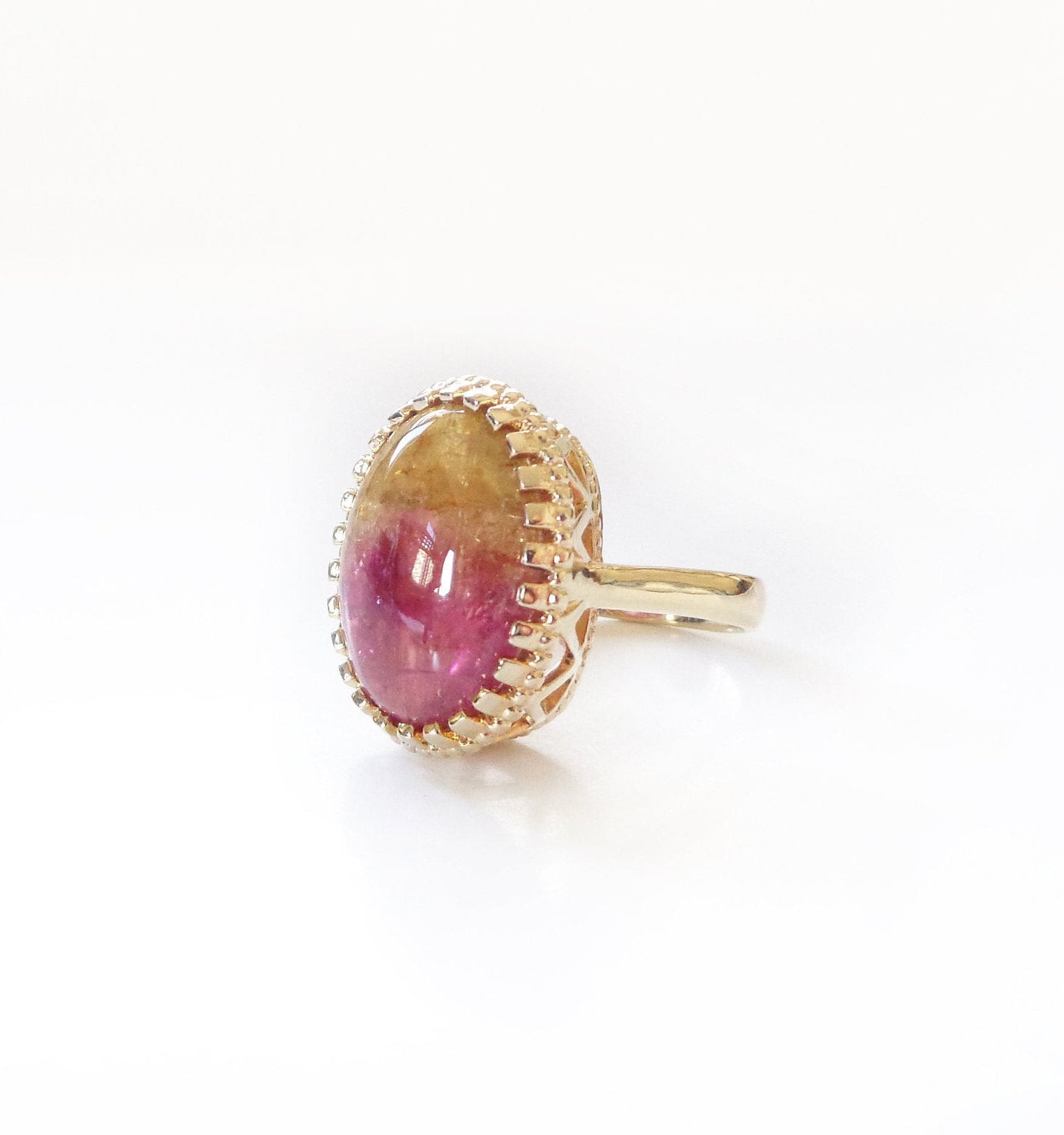 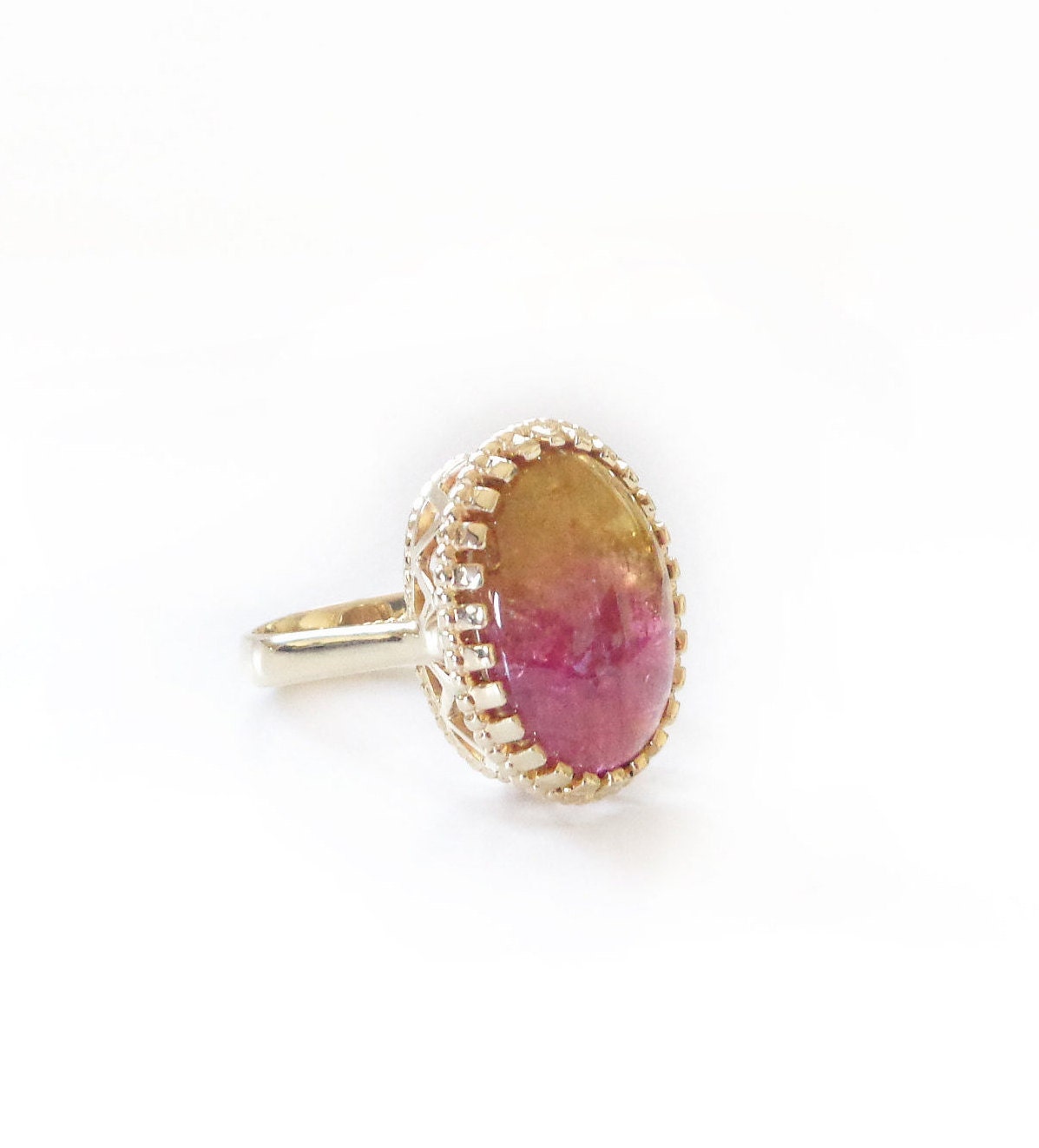 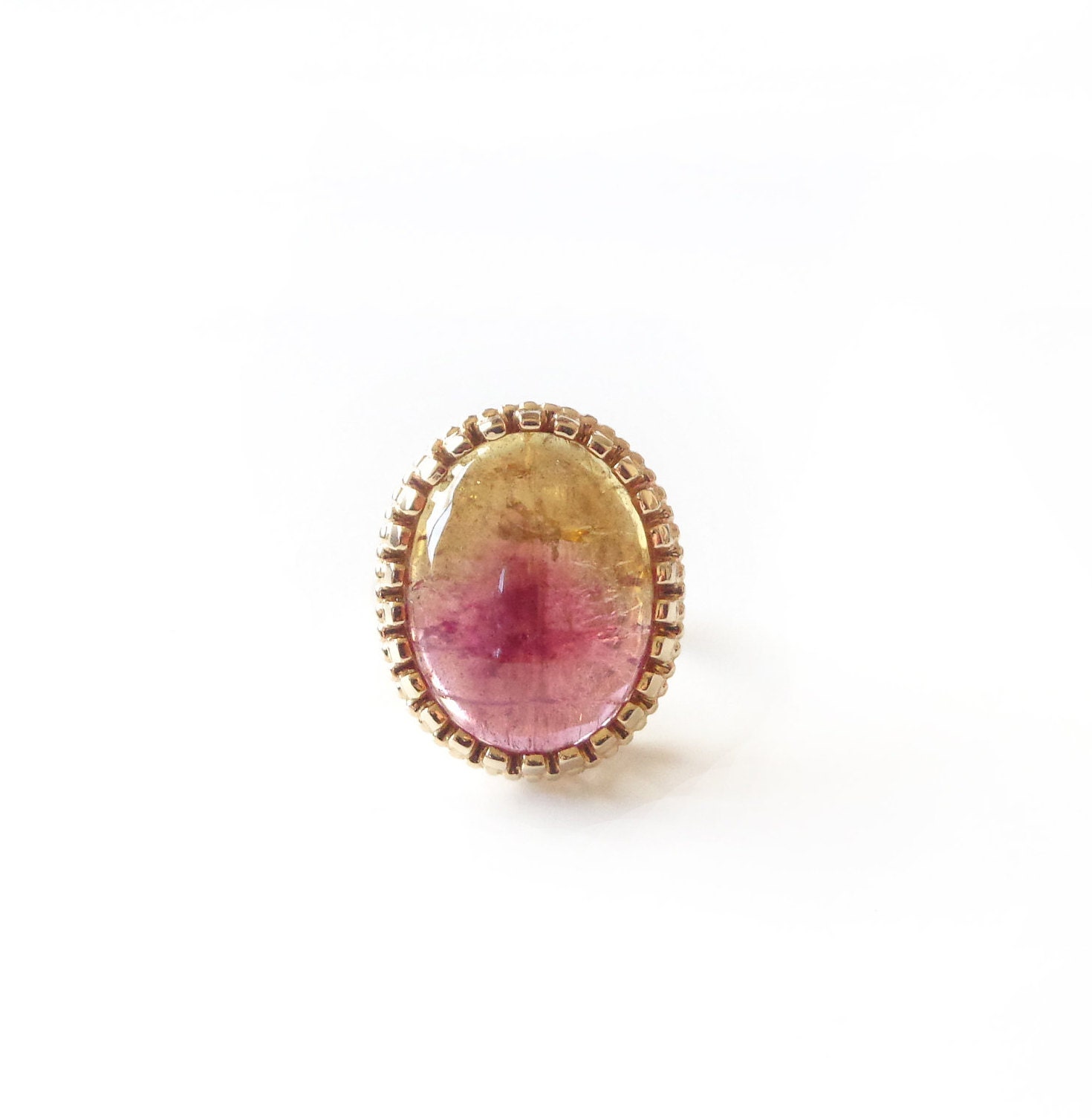 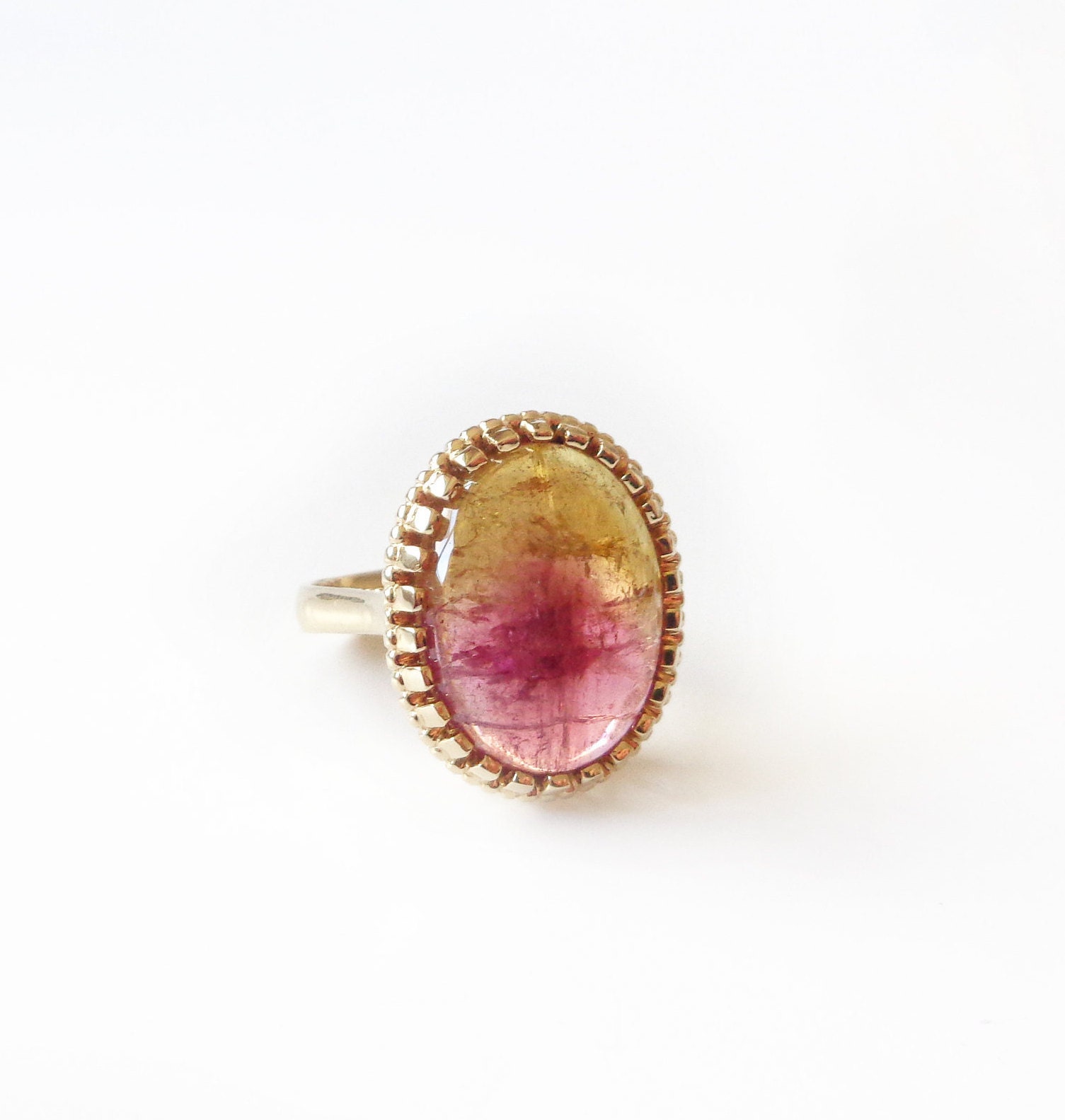 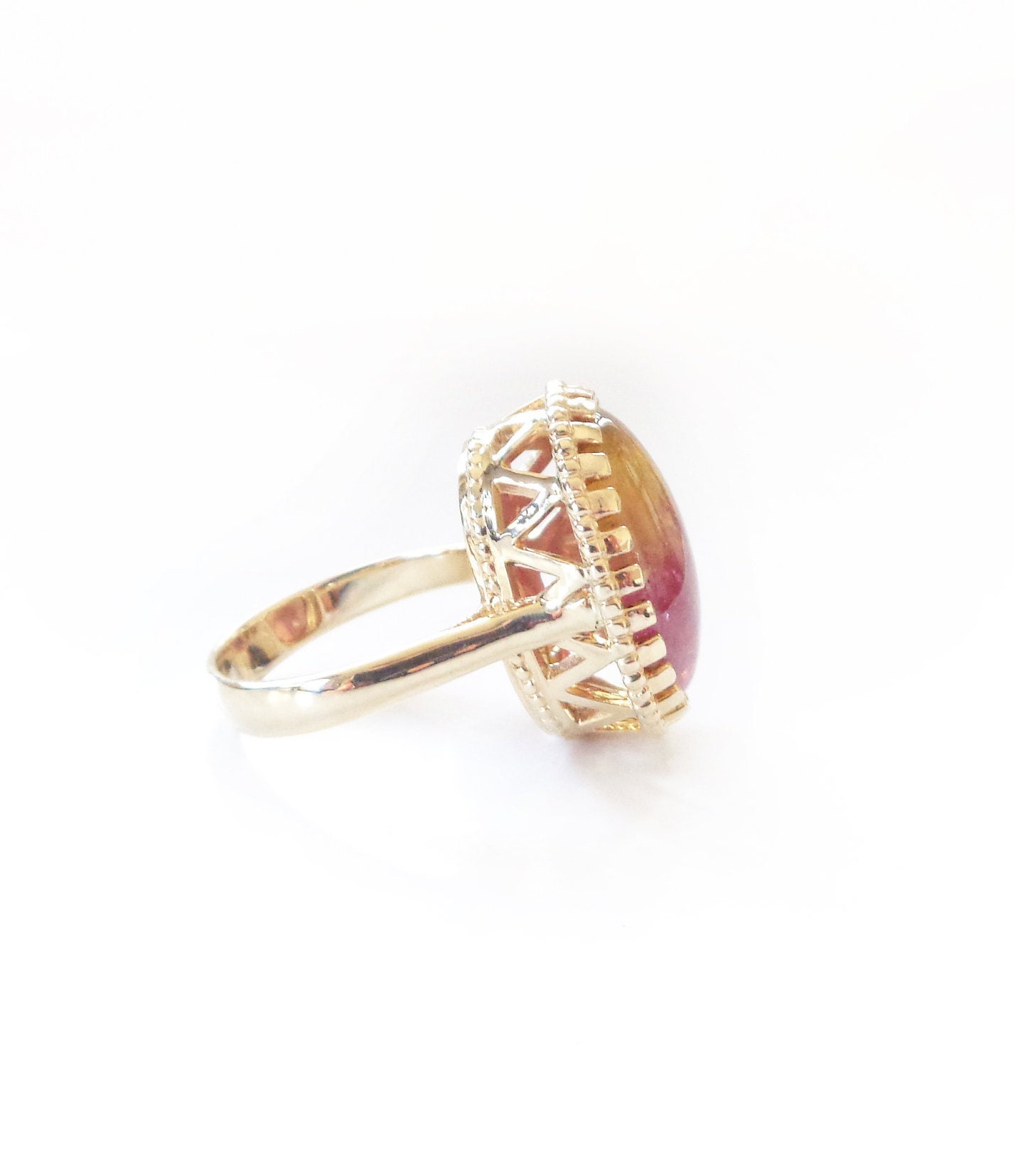 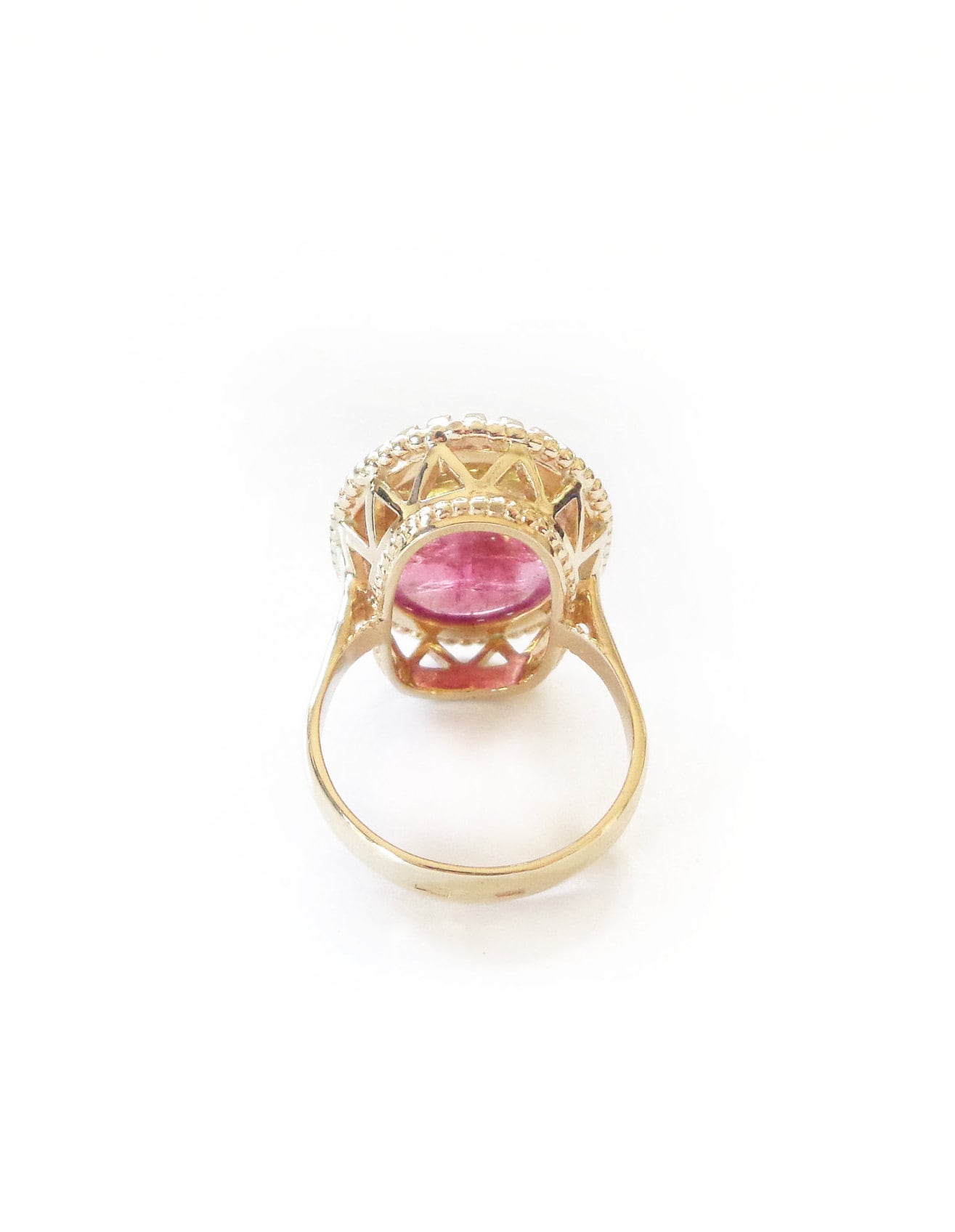 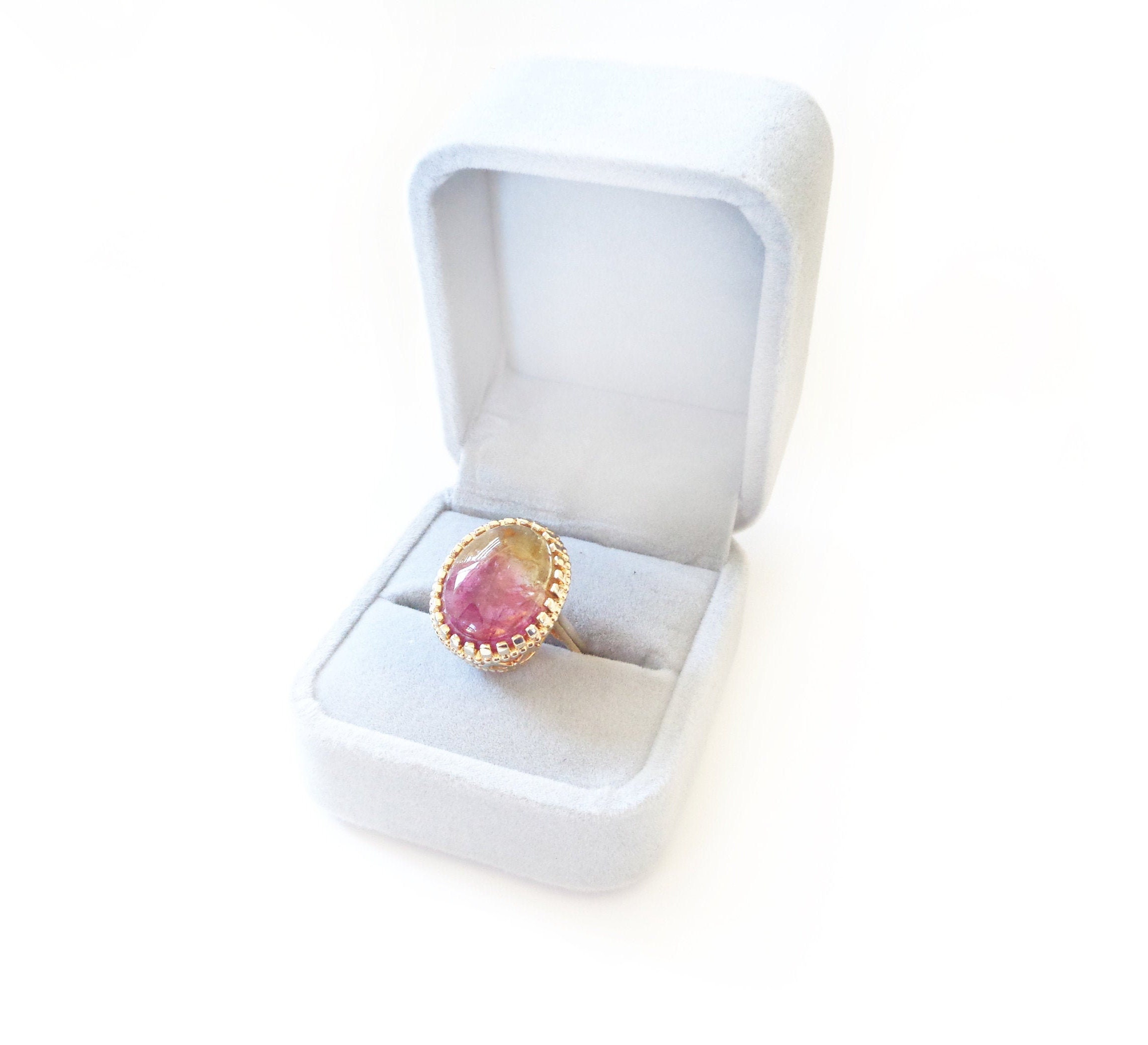 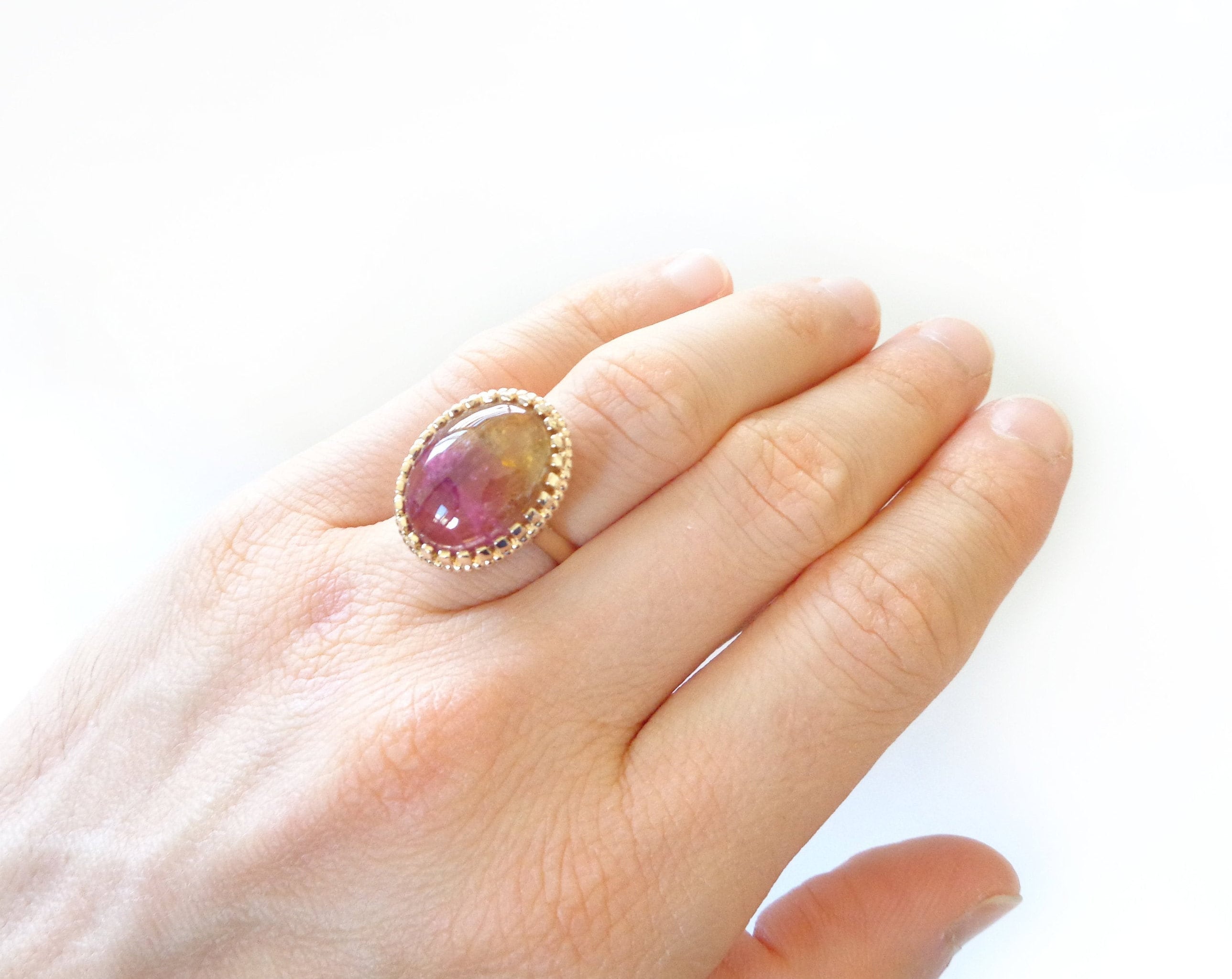 This stunning hand finished 14K yellow gold features a tourmaline set in a multi-tab setting surrounded by a zigzag gallery.
The setting measures 21.2 X 17.2 X 10.5 mm.
The shank is high polished, domed and has raised, scooped shoulders.
The shank width measures 3.8 mm tapering to 2.5 mm and the thickness measures 6.9 mm to 1.0 mm.


THE GEMSTONE TOURMALINE
Tourmaline is the most colorful of all gemstones.
It occurs in all colors, but pink, red, green, blue and multicolored are its most well-known gem colors.
Scientifically, tourmaline is not a single mineral, but a group of minerals related in their physical and chemical properties.

Returns are accepted within 30 days of delivery. Your item must be unworn and shipped back in the box it came in to avoid any damage and additional charges. Please contact us before returning your item for confirmation. A full refund is not guaranteed if return is made with no notification.

If you are returning an item with no exchange for another item,
a 10% restocking fee is applied upon return (minimum $5 CAD).

Custom or personalized items are NOT eligible for return/exchange.

Please note that while we do accept exchanges, all shipping costs will be at the expense of the customer. If you upgrade size, a price difference will be charged if applicable. You will be expected to cover these costs unless the exchange is due to a defect or mistake on our part.